One dictionary definition of the word roam is “to travel purposefully, unhindered, through a wide area.” Terminus Modern Ballet Theatre will perform its dance Roam outdoors at Serenbe for three weekends starting Saturday, October 16, and it’s an appropriate title. The dancers will travel from the stage at one end of the Wildflower Meadow into the wider, surrounding natural environment.

“We want people’s eyes to follow the dance through the natural scenery and make that part of the experience,” says company director John Welker. “Rather than trying to create an indoor theater outside, we embrace where we are and allow the piece to reveal itself in its natural environment.” The company first performed Roam at Serenbe in 2019 but in a different outdoor area and with only five dancers instead of this year’s ten. “Anyone who saw Roam before will notice that it’s on a bigger scale this time,” says Welker.

Two of the dancers in this year’s version, Jackie Nash, a longtime Atlanta Ballet company dancer, and Ashley Eleby, the company’s first Black dancer, are new to Terminus. Four are company protégés. In keeping with Terminus’ collaborative vision, dance artists Heath Gill, Tara Lee, Laura Morton and Rachel Van Buskirk each choreographed sections in 2019 and most of those are intact, adapted for the larger cast.

This year, Lee created a new pas de deux for Nash and her husband, Gill, a founding member who also came from Atlanta Ballet. “We haven’t danced together in so long, it’s a highlight of the work for me,” Nash says. “It’s grounded, earthy and subtle, not at all bombastic or flashy and it’s something I would never have gotten to do at Atlanta Ballet.” She also would never have helped build an outdoor stage, teach Eleby how to use a drill or help Lee purchase costumes.

Welker too was doing some non-dance chores this week. When ArtsATL caught up with him he was roaming purposefully through Home Depot to buy fire-ant killer and hex bolts and nuts to secure the audience seating. It’s all part of what makes Terminus a successful collaborative force. Together, doing whatever was necessary to get a fledgling company off the ground, the founding members have created brilliant, original works including the dance films The Poet and Marley Was Dead, To Begin With. (ArtsATL named Marley Atlanta’s best dance production of 2020.)

Roaming could also describe what Terminus was forced to do this summer when its three-year relationship with the umbrella organization Serenbe Institute for Art, Culture and the Environment (now the South Fulton Institute for Art, Culture & the Environment) came to an abrupt and unexpected end. The company was left, temporarily, without a bank account or 501(c)(3) nonprofit status and was unable to pay the dancers. It has since established its own financial and business structure.

“It felt awful,” Welker says of the break. “We take a lot of pride in our partnerships and to have one that doesn’t work out doesn’t feel good.” It had not been an easy ride through 2020, he says. The pandemic lockdown stressed the partnership to the point of no return. Becoming an independent entity was not in Terminus’ three-year strategic plan, but the company quickly recovered and, in addition to handling all the financial and business details, brought on a new board chair, Celeste Pendarvis, another Atlanta Ballet migrant.

No one at Serenbe or Terminus has been willing to say exactly why the partnership ended, in part because, according to Welker, the logistics of the transition are ongoing with no firm date for completion.

“We’re trying to be as flexible as we can,” he says. “That doesn’t mean it’s not difficult.” It was never in the company’s strategic plan to be an independent organization he says, but they pivoted (“I don’t like that word anymore”) and are hopeful it will work out well for everyone concerned.

The Terminus artists decided their priority was to return to what they do best, making art, “rather than trying to gird up a relationship that was not feeding that.” Terminus is now producing its own works and this month’s Roam performances fall under the auspices of Serenbe’s presentation arm, Art Farm, a separate entity.  (Welker says the South Fulton Institute, unlike the former Serenbe Institute, is not in the business of arts production.)

If it sounds complicated, well, it is, but once the dancers get on the stage they built, in the costumes they purchased, in the dances they created, set to music they chose, in balmy fall weather they hope will hold, audiences will see thoughtful contemporary dance performed with passion and commitment by serious artists who have stayed true to their vision. “The dancers have been such rock stars during this transition,” says Welker. “It hasn’t been easy for morale but they have stayed positive and worked their butts off. It’s been remarkable.” In today’s pandemic-induced artistic turmoil, that counts for a lot.

Roam will be performed October 16, 17, 23, 24 and 30 at 1 p.m. and 5 p.m., October 29 at 5 p.m. and October 31 at 1 p.m. Chairs will be spread out across the meadow, and the company is strongly encouraging audience members to wear masks. In case of rain, Terminus will give ticket holders vouchers for a later performance. 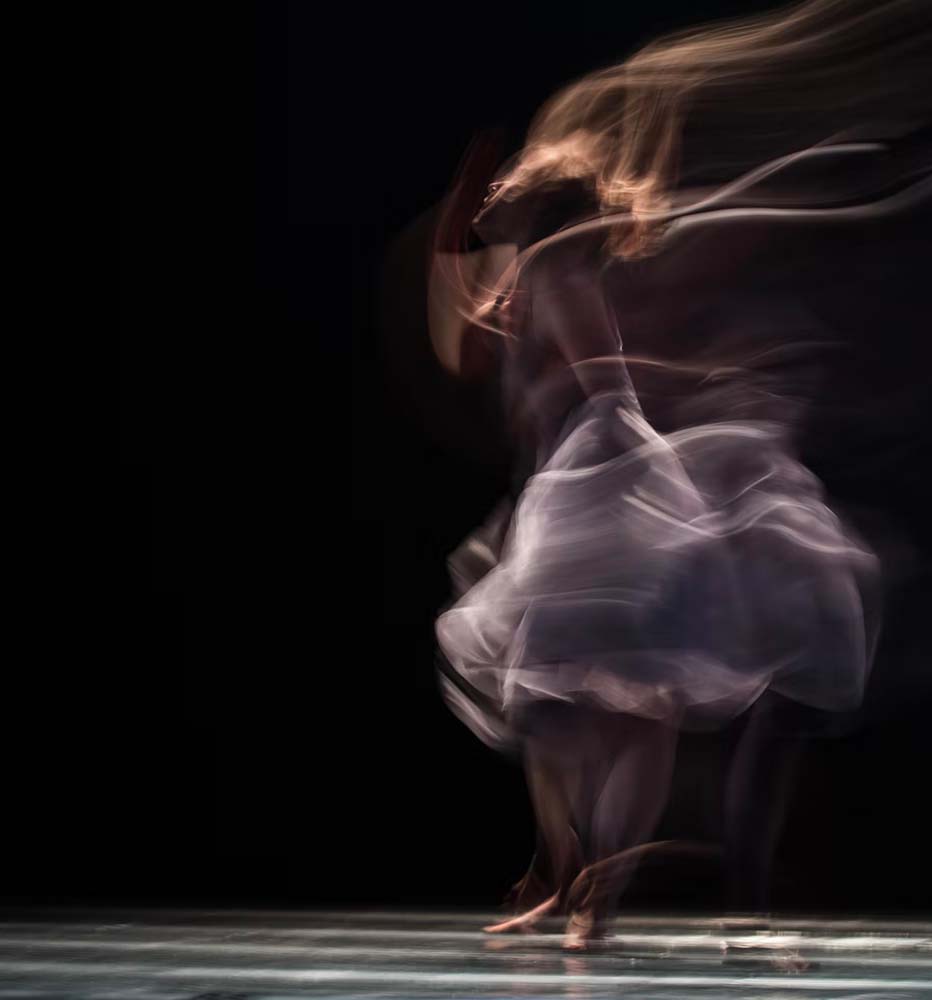