Terminus Modern Ballet Theatre opened its 2021-22 season this past weekend with “Roam,” making a triumphant return to the outdoor stage at Serenbe.

Terminus Modern Ballet Theatre opened its 2021-22 season this past weekend with “Roam,” making a triumphant return to the outdoor stage at Serenbe. Terminus has emerged with renewed creative and collaborative energy from a difficult transition year. During the matinee performance Sunday, the expanded ensemble — which included two new company members and four of the company’s five new protégées — delivered a stellar, polished performance that was every bit as gorgeous as the perfect fall day on which it occurred. Synthesizing existential longing and playful joie de vivre, “Roam” immerses audiences in a lush wilderness of delights and explores the intricate complexity of the human condition.

This new iteration of “Roam” felt more like completion of what was, in retrospect, a promising work in progress than what John Welker, the company’s director, has described as an “expansion” of the work. It is so much more and so much better than the work Terminus debuted in 2019. The set is a bare stage covered in astroturf that blends into the tranquil natural setting. The performance began quietly with the sound of rushing wind and a lovely solo by Rachel Van Buskirk, one of the three co-choreographers and a founding company member.

As the rest of the company entered the clearing from the surrounding trees and joined Van Buskirk on stage, however, “Roam” quickly acquired the scale and visual texture of a mature, full length work for a large ensemble. The dancers were costumed in a muted palette of warm beige tones. The female dancers all wore their hair up in low buns or pinned braids, and this touch, along with the bright orange flowers they wore in their hair, lent an elegant, neoclassical simplicity to the casual shorts, pants and tank tops worn by the cast.

Speaking to ArtsATL in 2019, Tara Lee, another co-choreographer and original company member, described the process for the first version of “Roam” as “conjoining different people’s interpretations and definitions of what ‘roam’ means,” in order to achieve “an innate balancing of each other’s energy — introspection balancing levity, solitude balancing the collective, light balancing dark.”

The first half of the current version still explores and contrasts this variety of perspectives: the somber, focused intensity of the opening movement with the full cast; the searching, almost plaintive longing of Van Buskirk’s pas de deux with frequent partner Christian Clark; the playful, clowning duet between Heath Gill and guest artist Bret Coppa, who was with Atlanta Ballet from 2017-21. After the intermission, though, the sections evolved from “conjoined” vignettes of different experiences — and different choreographic styles — into a sublime synthesis. The dancers’ movements expressed emotional contrasts and contradictions, holding joyful absorption in the present in careful tension with nostalgia for moments that have slipped away.

During the Sunday matinee, company newcomers Ashley Eleby and Jackie Nash gave outstanding performances. Particularly memorable was a pas de quatre in the first half where Nash and Eleby were joined by Terminus veterans Clark and Gill, “Roam’s” third co-choreographer. The two women both demonstrated flawless, fluid technique and magnetic stage presence, and each brought her own unique musicality to the movement. Nash’s pas de deux with spouse and partner Gill in the second half was also exquisite, showcasing Lee’s gift for innovating on the adagio form. It began with a movement sequence in which Nash slowly moved across the stage towards Gill, never rising, and staying almost entirely within the lower third of the visual plane between the floor and waist height.

The four protégés — Claire Lee, Summer McNeill, Anna Owen and Katelyn Sager — all did well with the challenging choreography, holding their own in sections where the full ensemble was onstage. Lee and Sager in particular already seemed well adapted to Terminus’s unique fusion of neoclassical ballet and contemporary dance. Over the course of the performance, McNeill and Owen visibly grew more comfortable with the movement vocabulary, letting go of some of the residual classical ballet tension they were carrying in the torso and beginning to feel and use the weight of their limbs more productively.

“Roam” ended as it began, with Van Buskirk performing alone on the stage, suggesting how one individual can contain multitudes. The finale also highlighted how Lee’s beautifully modulated recitation of poetic excerpts throughout “Roam” functioned as brilliant glimpses of the creative process. The spoken word layer, successful because it was subtle and additive rather than dramatic and redundant, embedded the ballet into the cultural context that inspired it and to which it responds. With “Roam,” Terminus’ new season already builds on past success and is off to a very promising start. 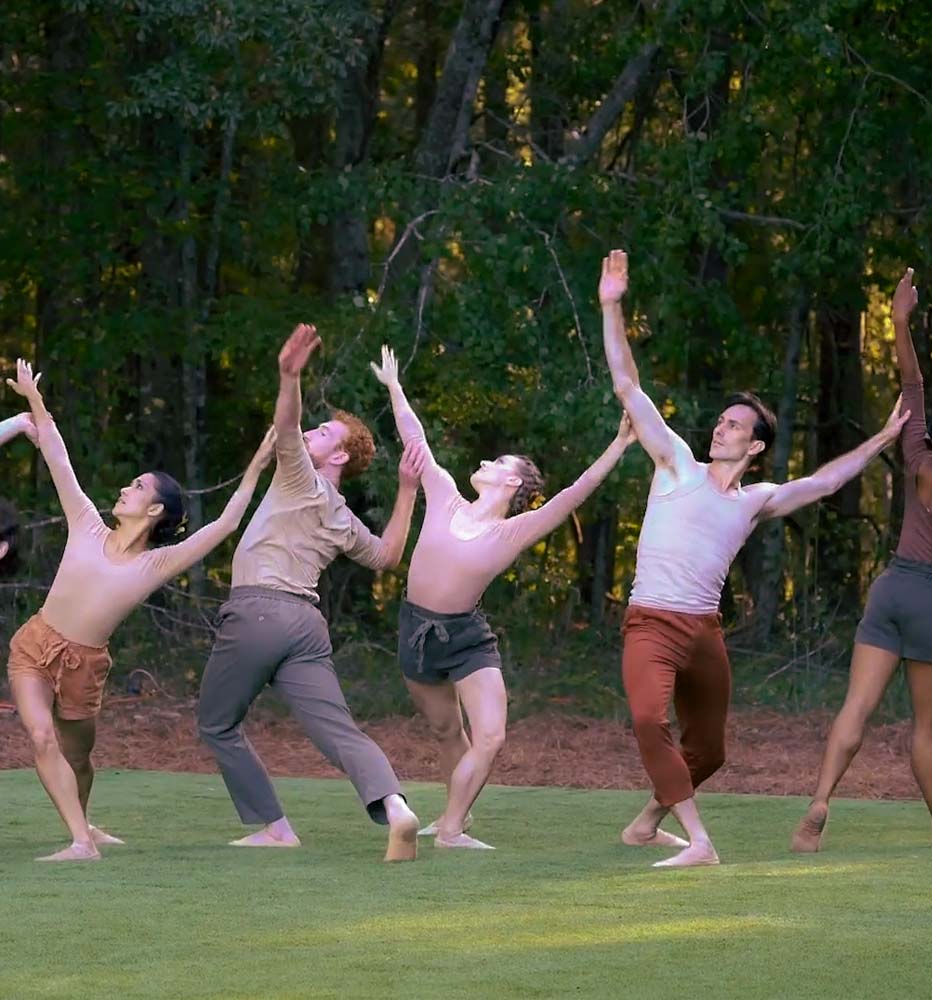